No sooner do you walk along this street than you will find there is something about it that makes it different from others. Its gift manages to take us back 150 years in time to the days when the German colonists arrived in this place. 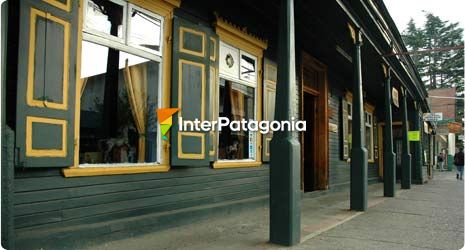 No sooner do you walk along this street than you will find there is something about it that makes it different from others. Its gift manages to take us back 150 years in time to the days when the German colonists arrived in this place...

The idea of the Chilean government to open immigration for German settlers in the provinces of the South became true with the arrival of the “Catalina” steamboat in Corral port on August 25, 1846. The first German immigrants that arrived were mostly craftsmen and carpenters who quickly devoted themselves to building their houses.

On October 7, 1852, Conrad Stückrath and Ana Barbara Pfeil, from Guxhagen, in the state of Hessen, Germany, left from Hamburg on board the Henriette and arrived in Corral port (Chile) on January 2, 1854. In Osorno, they had 7 children whom they called Germán, Sofía, Elise, Federico, María, Heinrich and Gedeón. 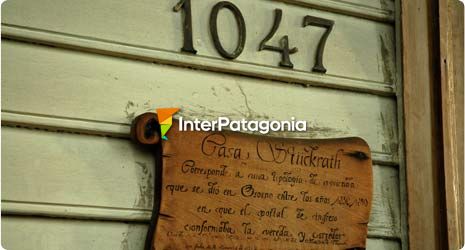 Conrad was a real wood craftsman. He settled down on the Mackenna Street, which was amusingly called “Die Rothemburger Strasse” by the immigrants, as the families that lived there were mainly from Rhotemburg (Germany), and he gave origin to a dynasty of furniture makers that did not become extinguished until his grandchildren died.

The Street of Memories

But everything began back in 1882, when Conrad inaugurated his residence presently located at 1095 Mackenna Street, on the corner with Freire Street. This house was very particular for its time as it had an attic and its façade formed a beautiful exterior corridor Without knowing, he had built what today is considered one of the most ancient buildings in Osorno.

In 1884, one of his brothers, Germán, resolved to build a house on the same street, which would correspond to an architectural typology present in Osorno from 1850 and 1890. What was new about it was that the entrance was formed by the sidewalk and the corridor at the same time.

In 1890, Federico Stuckrath also built his home with a ground floor organized along a central corridor that joined the exterior corridors with the two façades of the building and that at the same time would function as a meeting point in the afternoons.

In order to continue with the family tradition, the Schüllers, who were the Stuckraths’ cousins, built their houses on the same street in the years 1894 and 1923 respectively, which today are located at 1027 and 1011 Mackenna Street. 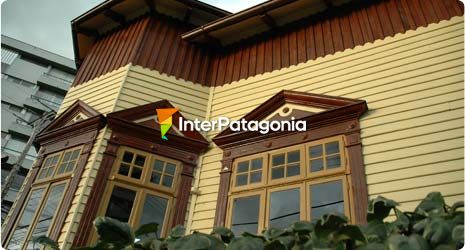 The Passing of Time

Today, these five houses located on the same street have been declared historical monuments and are protected by the laws of the Chilean government, which forbid that their façades be modified or their interiors be altered.

When some pedestrian is asked about information on the block, its families or its houses, all of them agree that the right person to talk about that is Margot Stuckrath, one of the best-known women in Osorno, direct descendant of the first German colonists that settled down in this place.

Margot proudly says that one of the houses, fortunately the one where she lives (1069 Mackenna Street), has managed to pass from generation to generation inside the family. The rest of the properties have been sold, but at present they are all maintained like in the old days. 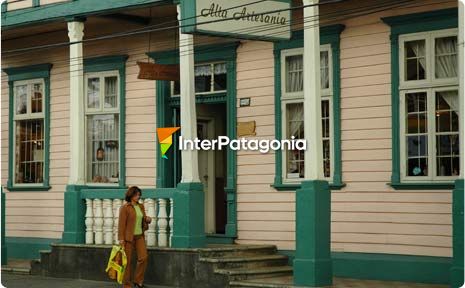 “This house was built by my grandfather, Federico Stuckrath, in 1890 and he lived here with my grandmother until 1929. Afterwards, the house was rented by various families of Osorno until 1971, when I took charge of it and opened this crafts store (Alta Artesanía)”

Today, the block has been occupied by several activities and stores among which some shops, pubs, German beer shops, tobacco stores and even some restaurants function, but their doors and windows, their roofed sidewalks and their details carved in wood remain intact.

The Mackenna Street, between Cochrane and Freire, is a real treasure that has managed to remain beyond the passing of time. The same time that takes us to a German past and allows us to imagine how everything started in this beautiful area of the Chilean Lake District. 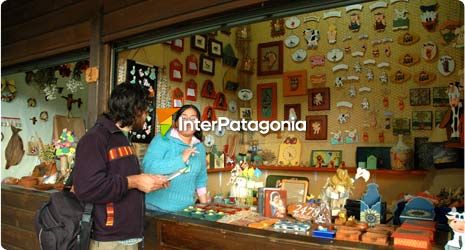 How to get here: 1000 Mackenna Street is a block located in the heart of Osorno, only 2 blocks from the main square. This historical street is limited by Freire and Cochrane Street.

It is ideal to get into the historical houses to get a picture of how life was. Watching the street from the galleries of these ancient houses is a real pleasure.