Lighthouses at the End of the World

We visited the Lighthouses of Cabo Vírgenes and Punta Dúngenes at the end of the Americas. Among stories and legends we toured around their stairs. 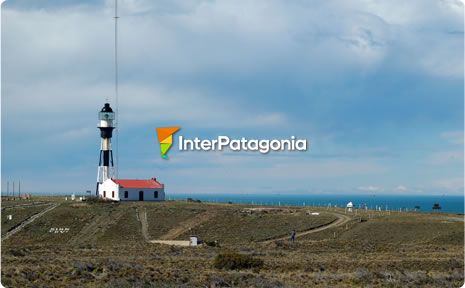 We visited the Lighthouses of Cabo Vírgenes and Punta Dúngenes at the end of the Americas. Among stories and legends we toured around their stairs.

Silent witnesses of experienced seafarers that went deep into the fierceness of the Strait of Magellan, the lighthouses of Cabo Vírgenes and Punta Dúngenes cast light and showed the way to old sailors who wished to conquer the southern seas. They were used as safe reference points for coast navigation, accurately sparing sailors from sandbanks produced by Punta Dúngenes and the dangers of Nassau Rock.
What differentiates them from the rest is that they are the southernmost lighthouses on the American continent.

It is possible to visit them today and tour inside them by going up the spiral staircases, thus knowing part of their stories, the essence and lights that blend into one aim at night: to guide ships venturing in these cold latitudes. 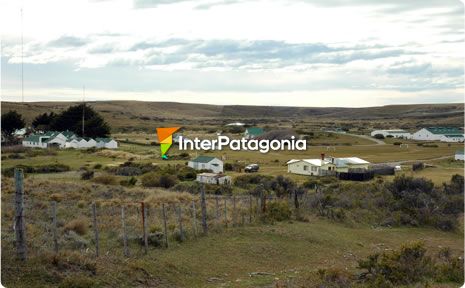 There are 130 kms from the City of Río Gallegos going south along provincial Route 1. It is a gravel road in good conditions. As you head forward in this austral road, different Patagonian estancias show up. They devote themselves to sheep breeding, wood production or dog training for the development of rural activities. Among these estancias, Monte Dinero stands out. It also has a small hotel for tourists who wish to connect with the peace of the southern ranches. 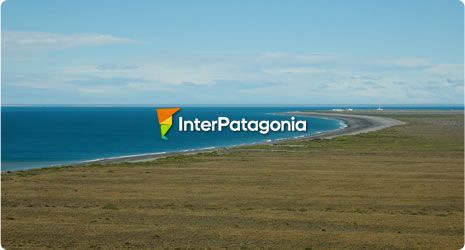 Legend has it that in this region of the country the Old City of Nombre de Jesús was founded in the XVI century. This city had a tragic destiny due to its harsh weather, the difficulty to get food and fresh water as well as several disasters has led its settlers to die from malnutrition or sickness. Nobody remained in Nombre de Jesús.

These same lands were used at the beginning of 1870 by the first gold rush men whose traces can be seen today. They were looking for the “gold at the end of the world". Many of them dreamt of finding gold coins from some of the hundreds of shipwrecks that took place on the coasts of the Strait. 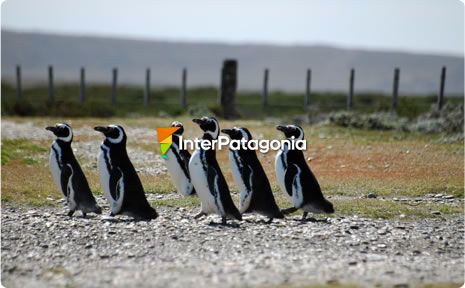 A few kilometers from where the lighthouses are located, there lies the provincial reserve Cabo Vírgenes, where a colony of more than 90,000 couples of Magellanic penguins can be seen. Through a guided path, visitors can experience the nesting, the laying of eggs and the birth of these birds of elegant feathers.
Before reaching the lighthouse, tourists can enjoy a delicious hot cup of coffee or chocolate with cakes or toast and regional marmalades in the southernmost store in the continent: Al Fin y al Cabo coffee shop, which belongs to the owners of estancia Monte Dinero.

The lighthouses standing on high ravines look for the horizon near this coffee shop. The lighthouse of Cabo Vírgenes is 27 meters high and it is 70 meters above sea level. It was opened on April 15, 1904 and its light reaches 24 sea miles. It is painted in black and white.
On the other hand, the lighthouse Punta Dúngenes has been operating since the end of the XIX century. It is painted in red and white and its light has the same characteristics as its Argentinian brother. 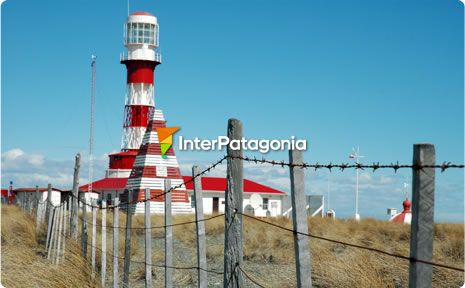 Visiting them, taking pictures of them and knowing their main features in the Interpretation Center that operates in the interior of the lighthouse of Cabo Vírgenes is an adventure itself. We suggest visiting it when in the area.

In a nutshell, the area of Cabo Vírgenes, with its habitat, historic and archeological wealth, together with its strategic geopolitical location, as well as the services rendered by the farming ranches in the region, has become a place full of mysteries and stories that wish to be unfold by daring tourists visiting the area while feeling the wind, the cold and the peace of these southern latitudes.

Timetables: Visit the lighthouses during the day

How to get here: From Río Gallegos take Provincial Route 1 heading South and travel exactly 133 km.

In the lighthouse of Cabo Vírgenes there is an old caretaker’s house today turned into a museum. We suggest visiting it to learn about the history and characteristics of this lighthouse.