Walk through the city center

A tour of the city center connects us to its present life and some memories of its alluring past. 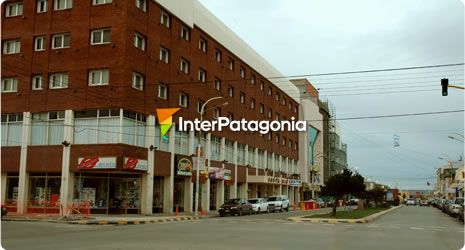 Several self-guided circuits on foot to experience the history, architecture and Salesian legacy of the city.

Nothing compares to parking the car and taking a stroll in the center of Río Gallegos, enjoying its Patagonian peacefulness and the perfume of the wild flowers in its squares. An old wooden cart has been turned into a tourist information centre and that is where we headed to find out about self-guided tours.

We visited Government House at 231, Alcorta Street. The story goes that it is not the original building. In 1888, when the capital of the province was moved to Río Gallegos, the governor of Santa Cruz Territory commissioned the construction of the first one in accordance to the design of the time, a two- story, wood and zinc building which was the seat of government for many years. In the late 1930s, it was considered inadequate and governor Juan Manuel Gregores had it dismantled. The foundation of Police Headquarters laid out on the same site. The present Government House was built right next to it.

A balcony, known as Roca’s Balcony was preserved to commemorate the visit General Roca, then President, made to the city when he signed a peace agreement with Dr Federico Errázuriz, President of Chile, in Punta Arenas.

The wide stone beach where the river flows into the Atlantic can be appreciated from 1,000-meter-long Angel Sureda boardwalk. Inflowing salt water turns it deep blue and its tides extreme.

Stepped plateaus gently sloping to the sea surround the boardwalk. Cabo Buen Tiempo (Cape Fine Weather) lies to the north and Punta Loyola and Puerto Presidente Illia, to the south. The Monument to the Heroic Argentinian Pilot, in honor of the aviators killed during the Malvinas War, is also on the boardwalk.

There is a work of art by the inlet, to mark the one-hundredth anniversary of the arrival of Villarino transport in Río Gallegos. It brought the materials for the construction of the sub-prefecture, a precursor of the foundation of the city. The Don Bosco Monument pays tribute to the centennial of the beginning of evangelization in Patagonia.

We also visited Republic Square, famous for its lighted fountain. It was built in honor of Admiral Guillermo Brown, and Commander Luis Piedrabuena. The latter is considered a tireless defender of the Patagonian territory in Argentina.

In 1900 Swift meat processing plant and La Blanca animal fat processing plant were located on the corner of Avenue Roca and Malaspina. They were the precursors of Swift in the City of La Plata. In its prime, a railway connected them to the loading dock.

Cargo boats from England brought coal to the south and returned to Europe loaded with select, refrigerated sheep products and canned and packed sheep sub-products. At the beginning, the personnel came from La Plata. In its prime it had over 400 employees, many of whom settled in Río Gallegos for good. 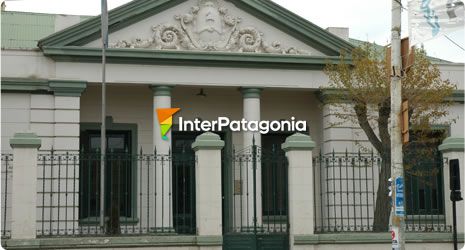 Swift paid livestock breeders well, which gave it a good reputation. It also fostered local progress until, in modern times, European market demands on meat packing plants and products resulted in a dramatic decrease and the buildings were finally sold at auction.

There were, most certainly, several visits pending but we came away with the feeling that we had managed to grasp the essence of both political and sea life in Río Gallegos.