The urge to visit an authentic Patagonian estancia took us to the last confines of Argentina. There we found estancia Monte Dinero. 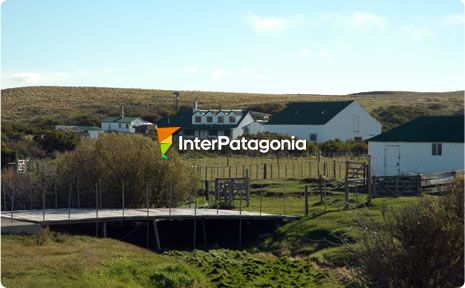 The urge to visit an authentic Patagonian estancia took us from Río Gallegos to the last confines of Argentina. There we found estancia Monte Dinero.

Provincial Route 1 turned into pure gravel. The continuous jolting of the truck on the road and the cold wind typical of these latitudes reminded us, once more, that we were on Patagonian soil. We were going across the Province of Santa Cruz heading to the last confines of continental America, where estancia Monte Dinero opens its gates to offer an excellent agricultural tourism proposal.

Great bustards, choiques and foxes appeared on both sides of the road. Suddenly, a group of houses with green roofs encouraged us to speed up. From that perspective, the estancia shell looked like a surrealist painting. The mythical Strait of Magellan lies right behind the hamlet. 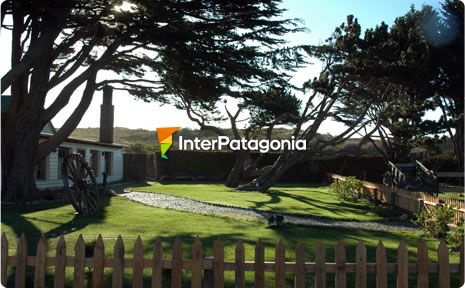 The sheds, the workers’ residence and the onwers’ house surround the inn called La Casa Grande (the Large House). That was our next destination. The Fentons, owners of the venue, were in charge of developing this tourist undertaking to show the daily tasks of a Patagonian estancia to the world. We were welcomed by Silvina Suárez –manager and hostess–, who makes guests feel as if they were at their own home with the help of a great staff.

There are six rooms in this venue, a games room, a dining-room and a kitchen that tempts guests to enjoy homemade food prepared with local ingredients. It is important to point out that La Casa Grande was built over 100 years ago and that it contains pieces of furniture from the days of its construction as well as modern elements of comfort. Likewise, the group led by Silvina provides very perceptive customized assistance. 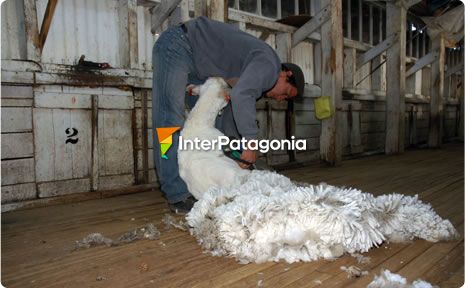 We left our luggage and got ready to see the place and experience the various programmed activities.
The main production developed in the 26 thousand hectares occupied by the estancia is sheep husbandry. For one century, activities have been managed by five generations of the Fenton family. Thus, visitors have the chance to witness rural tasks such as sheep shearing, branding, classification of wool, cattle drives and artificial insemination, which have led the local government entities to consider the venue as a model.

In this opportunity, we could also enjoy a rodeo show performed by one of the trained dogs in the estancia. It was unbelievable to observe how the animal responded to a single order and managed to separate the sheep in the exact number requested by the worker in charge.

After lunch, we went to visit the penguin colony and the Cabo Vírgenes lighthouse until we reached the coffee-shop known as Al Fin y Al Cabo, where we provided heat to our bodies with a delicious cup of hot chocolate. 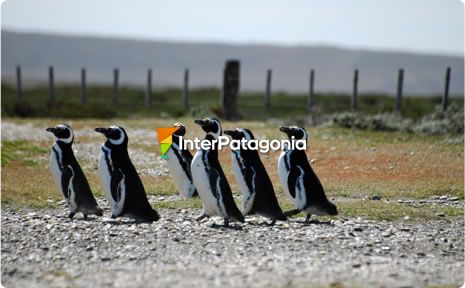 As hours passed, we learned that the estancia has been called Monte Dinero (Money Hill) after the hill bearing the same name and rising behind the shell, which used to be known as a reference to enter the Strait of Magellan. The name of the hill responds to the gold found on its shores, due to the several Spanish ships that sunk while trying to cross the strait. As a consequence, the first gold seekers settled down in the area as from 1870. In 1890, a very primitive settlement was established around the gold exploitation points; its traces still remain.

Visiting estancia Monte Dinero is ideal for those who search to get away from the city hustle and bustle and to make contact with the sounds of mother Earth. Just a few days in the estancia shell enjoying rural tasks and homemade food are enough to make the stress caused by the city pace disappear. 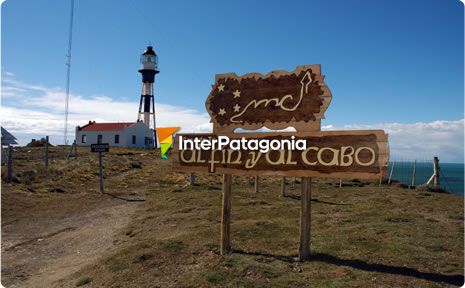 After an intense and educational hiking tour, we returned to the estancia. The day was starting to fade out and the first stars invaded the sky.
We remained there still, getting warm by the fireplace. A drowsy heat took hold of us as we waited for dinner.
There are few places in the world capable of turning into a refuge for the soul. There is no doubt that Monte Dinero is one of them.

Timetables: to be arranged with the estancia staff. The venue may be visited during the day or visitors may choose to stay overnight.

How to get here: 120 kilometers to the South of Río Gallegos, in the Province of Santa Cruz, Argentinian Patagonia, on Provincial Route 1 –access to the Cabo Vírgenes penguin colony-, on the right, there lies the access to estancia Monte Dinero.

we recommend to pack warm clothes, even if the place is visited in the summer season.