The End of the World Museum treasures the heritage of life in Tierra del Fuego, from pre-Columbian days to the mid XX century.

The old building in the corner of Maipú and Rivadavia streets looks onto the impassive bay. The Banco Nación operated there until 1976. Since 1979 till this date, it has been the seat of the End of the World Museum, in charge of preserving the historical roots of Tierra del Fuego.

This aim was accomplished after several official attempts by a group of settlers determined to rescue the past. In 1973, they created a civil association, today known as H.A.N.I.S, which in the yámana tongue means lenga and which forms an acronym that stands for History, Antropology, Nature, Island and South, all of them terms that define the identity of the institution.

Once acknowleged by the Tierra del Fuego government, the H.A.N.I.S association allowed the direct participation of the population in the museum, which as it was created, it became a social and cultural reference point in the city. For such reason, knowing its heritage means understanding part of the history and the present of the area.

At the reception, I was welcomed by Emiliano, one of the guides who invited me to join other tourists to start the tour.

About Ethnic Groups and Travelers

As we crossed the hall, the first room was presided by an impressive figurehead that would belong to the Duchess of Albany, an English ship that shipwrecked in the shores of Tierra del Fuego in 1893. Next to the rudder and a porthhole, lies the 800-kilo figurehead, which was sculpted in honor of Princess Helene Friederike Auguste of Waldeck and Pyrmont, Queen Victoria's daughter-in-law, and which was rescued in 1950 at Caleta Policarpo, Southeast from the Grande Island.

But the tour began much earlier, in the days of the first dwellers of the area. Emiliano explained to us the social and cultural characteristics of indigenous groups, mainly the yámanas and the selk'nam, who used to dwell the archipelago. The collection of elements and tools, which spans across more than 8,000 years of history, includes from harpoons, scrapers and flints to replicas of yámanacanoes and baskets. All the pieces evidence daily customs and lifestyles, based on hunting and fishing.

These display cabinets are chronologically followed by testimonies of the presence of Anglican missions in 1870 and Salesian missions in 1890, the arrival of commander Lasserre expedition (1884) and the controversial figure of Julio Popper. This Rumanian engineer would aspire to a different Patagonia, without native communities and repopulated by the European. He even coined his own currency and stamp. Likewise, prints with the chronicles of German aviator Gunther Von Plüschow and small objects from his plane, Silver Condor, the first to have overflown Cape Horn, may be observed. The remains from the German vessel Monte Cervantes shipwreck, the first tourist cruise around Tierra del Fuego, which sank in the Beagle Channel in 1930, are also displayed.

As we passed onto the second hall, an authentic grocery store captured our attention. In these traditional stores, people could get everything they needed: from food to musical instruments, books and clothes.

Until the early XX century, all the supplies were received at the harbor every three months and the grocers were crucial people for the development of the town, as they were supposed to calculate the needs of settlers in order to estimate the goods freights. Nowadays, the desdendants of characters such as Luis Fique, Fortunato Bebán, Pascasio Olmos and Barcley Fadul still reside in Ushuaia.

Likewise, tied to the daily past of the city, hall 3 is dedicated to the prison. Nestled in the present Ushuaia naval base, the prison and recidivists jail began to be built in 1902 by the prisoners themselves. The uniforms worn by the prison guards and the prisoners, cigar boxes, sewing baskets, penholders and real relics, such as a walking stick made of cards and a match on which the national anthem was carved, are some of the many pieces made by the prisoners that are protected by the museum today.

The following halls concentrate a large collection of local fauna. More than 180 bird species make up the most complete exhibition in Tierra del Fuego, with specimens representing the sea, shores and forest environments, as well as hall 5, which exhibits pinnipedia such as local sea lions, seals and walruses.


Remainders of the Banco Nación branch, fundamental entity for the development of the city, the vault is is preserved with its outer reinforced door, the safety locks, the original counter and the safe from La Comercial, in addition to other financial papers.

After the tour finished, Emiliano invited us to see the library, which contains more than 3,400 volumes about the ethnography, history and nature of Tierra del Fuego.

Next to the Sea Museum, the End of the World Museum offers a space to learn about and understand the origins of Tierra del Fuego. After visiting it, I walked towards the Ushuaia pier, as I recollected the history enclosed on these inhospitable shores.
Read complete Outing... / Jorge González

Recommendations: guided visits are very interesting and contribute with much additional information. If allowed by your schedule, do not miss them. 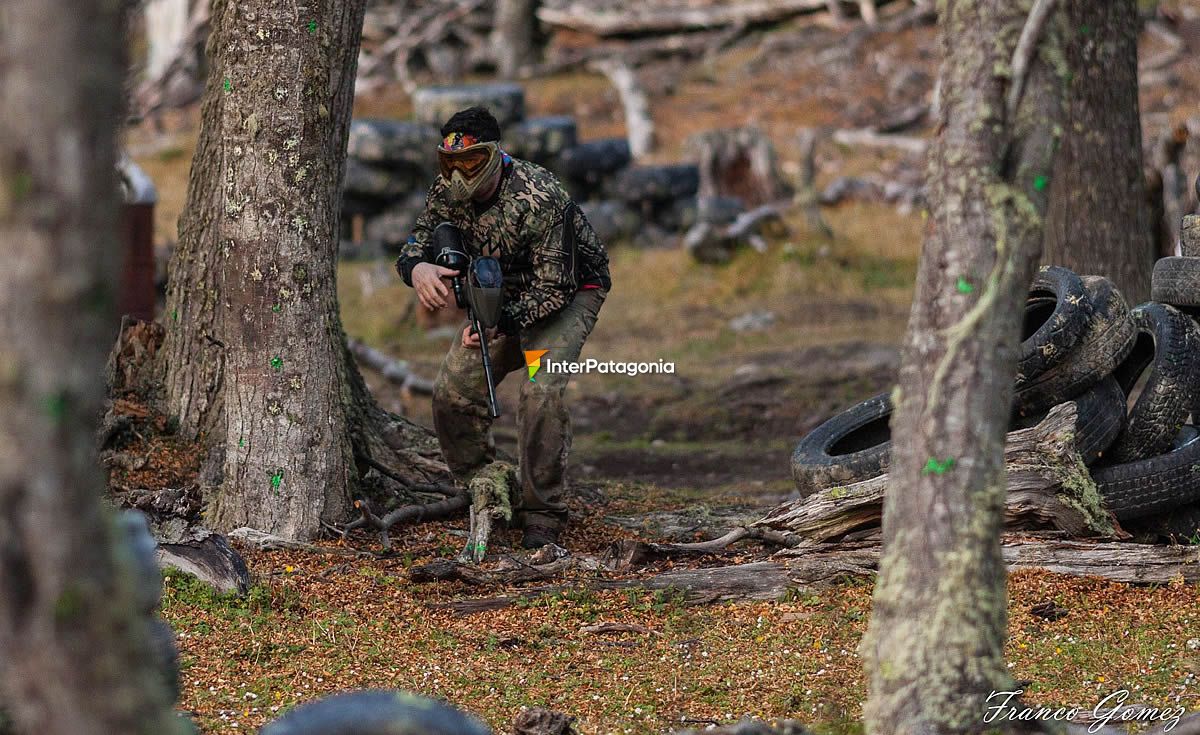 Paintball in Ushuaia
Paintball is a strategy game with an increasing consensus increasingly as a sporting activity. In Ushuaia the landscape is a wonderful ally to practice it.