The urban grid is made up by broad paved streets embellished by green trees and blessed with lots of sunny days during the year. 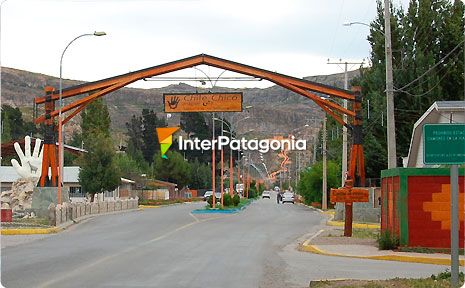 This town is a mandatory stop for cars and trucks traveling across the border into the Districts of Cochrane, Caleta Tortel, Villa O'Higgins and the Southern Road.

Crossing the access to Chile Chico, on the shores of Lake General Carrera, leads to a population with few denizens but a highly active life. As we walked its streets, we felt the rhythm established by the locals as well as by visitors who come along to see this destination.

Capital of the community, the civic center is concentrated around its Plaza de Armas (main square). It includes the Town Hall, the bank, a museum and the Civil Registry. The presence of the English vessel Andes on one corner caught our eye. We found out that it used to serve the colonists as the only means of transport that connected the several towns lying on the lake shores back since 1922.

We found a linear urban grid design with very neat streets that boast a spectacular view of the lake. Poplars and other tree species that have become adapted to the area provide protection from the wind and the right amount of shade and green hues. Within a few blocks we found several hotels, cabins, restaurants and take-outs. Everything lies within walking distance, so we parked our car and walked around. 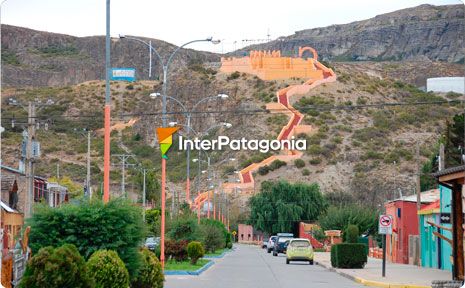 We enjoyed the micro climate of Chile Chico and learned about its lifestyle and dwellers. A modern and popular waterfront is a balcony over the huge lake and its port gives evidence of the significance of navigation in the area. A ship company is in charge of transporting cars and people on its ferry, which joins Chile Chico and Puerto General Ibáñez. Thus, there is a fluent contact with the City of Coyhaique and the Southern Road without any need to go all around Lake General Carrera.

At one end of O´Higgins Boulevard we came across the Wind Viewpoint, which boasts a spectacular view of the whole town, the surrounding mountains and the lake. At the waterfront, close to the pier, we went up a long staircase with several landings that helped us take a rest here and there. As we reached the top, we took photographs of the flags and windsocks, just like the ones present at airfields and producing a very particular sound that contributes to the local color. This high square is also accessed by a main street. 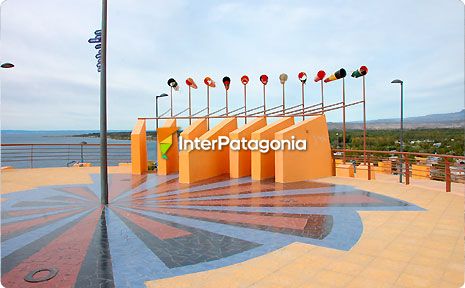 Getting away from the downtown, we found some farms producing fruit and vegetables and keeping poultry. Some of them date back from the days when the Belgian colonists arrived. The economy of the locals is based on the activities carried out in these venues and this fertile valley certainly determined where the settlement would be established.

As we retraced our steps, we noticed the presence of a large number of youths carrying their backpacks. Lovers of adventure, national and foreign tourists choose Chile Chico as a starting point towards nearby beautiful attractions. They visit Jeinimeni National Reserve and River, the famous Capillas de Mármol (Marble Chapels), Lake Bertrand, Jara Bay, Piedra Parada and Cueva de las Manos (Cave of the Hands). They go on these outings by bike or motorbike. 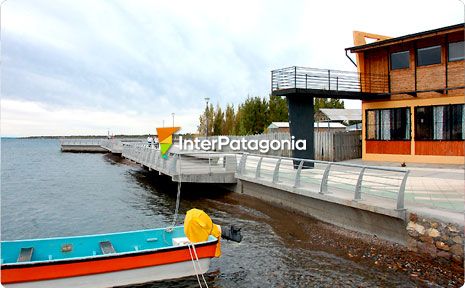 All in all, Chile Chico is a convergence point of highly attractive natural spaces with tons of admirers.