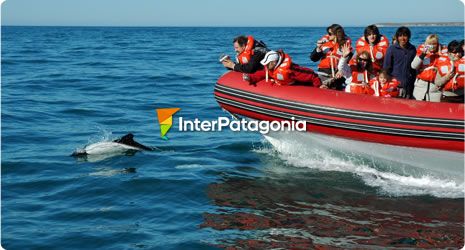 There are not many places in the world where bottlenose dolphins may be watched in their natural environment. Playa Unión is one of those privileged sceneries. This spectacular show takes place a few meters from the Patagonian Atlantic littoral.


Semi-rigid boats leave from Rawson's harbor in the afternoon. In the mornings, the bottlenose dolphins remain in the depths, eating prawn, anchovy, squid and sardine.


The bottlenose dolphin has coastline habits and dwells the area between the San Matías Gulf and Tierra del Fuego. Its length rarely surpasses the one and a half meter. Its average weight is 50 kilos and it is characterized by its body colors: white and black in the tail and head. 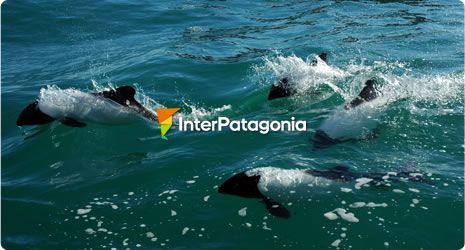 For many years and as a result of its curiosity and lack of shyness, bottlenose dolphins have been captured in order to be displayed in aquariums or be used as bait for spider crab fishing. But, in 2001, bottlenose dolphins were declared Provincial Natural Monument by the government of Santa Cruz. At present, its capture is forbidden. However, changes in behavior amidst its populations have been observed, probably caused by the increase in the number of harbors in Patagonia. 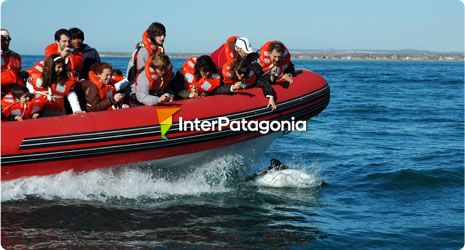 Beloved dwellers of the fjords, streams, bays and river mouths, their favourite “game” is to slide at surface level, jumping, surfing the waves and crossing their way before the boats. After several minutes of performance, they disappear in the distant horizon, leaving a bright wake in the water.

Activities and Tours in Rawson