The already famous Paso Córdoba is a magnificent tour used as an alternative to the 7-Lake Road. Ideal for those who like captivating sceneries. 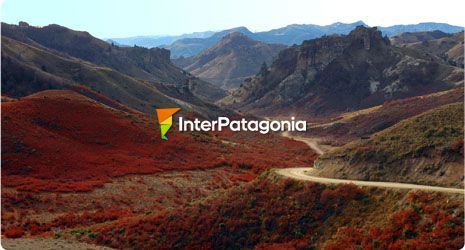 The already famous Paso Córdoba is a magnificent tour used as an alternative to the 7-Lake Road. Ideal for those who like captivating sceneries.

Though the 7-Lake Road continues to be one of the most popular outings to join San Martín de los Andes to the Districts of Villa La Angostura, Villa Traful and Bariloche, there is an alternative route that is gradually finding its fame: Paso Córdoba (Córdoba Pass), a different road framed by an entrancing scene.

The tour starts at San Martín de los Andes, when National Route 234 (known as 7 Lakes) is taken towards the South. After 20 kilometers, the Gendarmería Nacional station located by the Hermoso River comes into sight. At this spot, travelers must turn into Provincial Route 63, which borders Lake Meliquina. 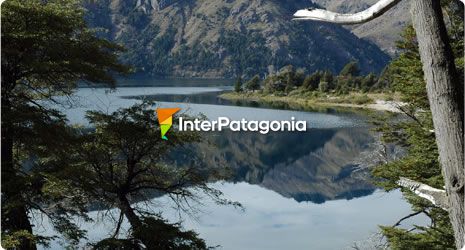 After covering the 15 kilometers that wind amidst native forests and the magnificent reflection of the lake, Villa Meliquina is spotted: a village that co-exists in harmony with the lake bearing the same name and the enchanting environment. All this invites visitors to have a break on its quiet beaches or on the river banks.

After crossing the town, going through the bridge over the Filo Hua Hum River and leaving behind the park ranger station, the Provincial Route 64 junction is reached. This road leads to Lake Filo Hua Hum, a hidden haven and a dreamed-of nook for fly-casters.

Afterwards, it is possible to go along Provincial Route 63 and get to the next stop, 4 kilometers ahead. It is called Casa de Piedra (Spanish) or Ruca Cura (Mapuche), which stands for “House of Stone” and is a natural cave that used to shelter the first human settlements in the area. It is still considered a sacred place by the local Mapuche community. 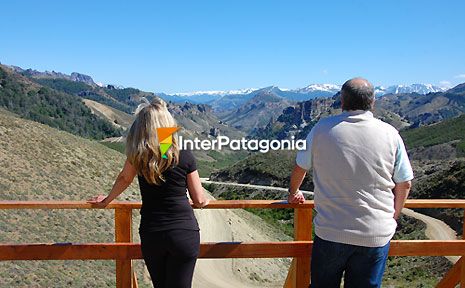 Across the road, right opposite the cave, a natural balcony over the Caleufu River features a magnificent view of the crystal-clear water pools where great rainbow and brown trout may be easily identified.

From this point onwards, the road is known as Paso del Córdoba. It goes across slopes, fertile valleys and steep mountains with whimsical shapes carved by the wind, the water and the ice. 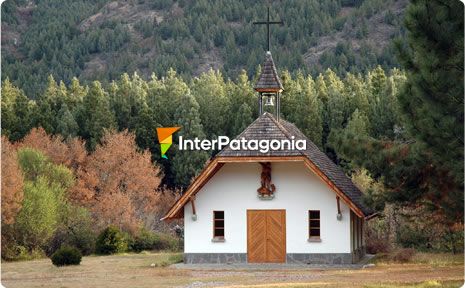 In the fall, the trees tinge everything in red, yellow and ocher, creating one of the most breathtaking postcards in the region.

Upon crossing the valley and bordering the silhouette of the mountains, travelers may observe how the forest gradually changes into the steppe. The path leads to the area known as Confluencia (Confluence), where the Limay and the Traful Rivers meet. A gas station, a rest area and an inn provide a kind of oasis where travelers may get fuel, food or rest. 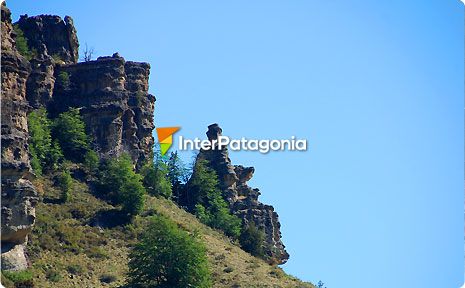 In order to continue feasting the eyes on local beauties, Villa Traful, another must visit to enjoy at the magical Lake District, lies 35 kilometers away following Provincial Route 65 towards the right.

Once the visit to the village is over and all the views offered by Lake Traful have been enjoyed, there are two options: returning to the famous 7-Lake Road (National Route 234) or retracing our steps along the same road we chose before. They will both lead us back to the City of San Martín de los Andes, after having enjoyed a wonderful outing.