Traditional activities strengthen the community spirit of the Mapuche population, the friendship among their families and their communion with the other dwellers of the region.

Ever since its beginnings, the Mapuche people have developed a thorough knowledge of astrology and astronomy. This has enabled them the chance to have a complete notion of the changes in the position of the sun and other stars and, in consequence, the variations produced in nature and human beings. This comprehension made them grasp the language of the Earth, its evolutionary stages and the beginning and end of each year accurately.

June 21 is the shortest day and the longest night in the year for those who live in the southern hemisphere. It is also the beginning of winter. The corresponding solstice points the largest distance between the Earth and the Sun.

For the Mapuches, this coincides with the end of the harvest and the beginning of the sowing period. According to their cyclic vision of the cosmos, the sun is the precursor of life. Their beliefs establish that the sun is born when the winter starts, is young during the spring, a grown-up in the summer and old in the fall, when the trees shed their leaves and the animals change their fur.

We Xipantu stands for "New Year" or "the rise of the new sun" in the Mapudungun tongue. This is a major celebration held at the same time the Incas celebrate Inti Raimy. They hold a Nguillatún, during which they thank, pray and pay tribute to the sun, source of wisdom and renovation.

The rites begin on the evening of June 23. Families gather around the fire and eat some typical dishes. The elderly tell their anecdotes and stories. In the early hours of the 24, all the members of the gathering leave the warmth of the fire to make contact with the cold waters of close rivers, creeks and springs. They purify their bodies and spirits before the new sun rises and the new year begins.

The ceremony is accompanied with prayers and afterwards, each family returns home playing their traditional instruments and singing tunes. Some communities even include popular games, baptisms and rituals that confirm their beliefs as part of the celebration and to reinforce bonds.

At present, white Argentinian and Chilean communities are invited to take part in these events. There is a strong trend to spread their philosophy, especially through this kind of celebrations, which consolidate the Mapuche brotherhood.

Recommendations: The most numerous native people in Argentinian-Chilean Patagonia is the Mapuches and members are distributed to both sides of the Andes. 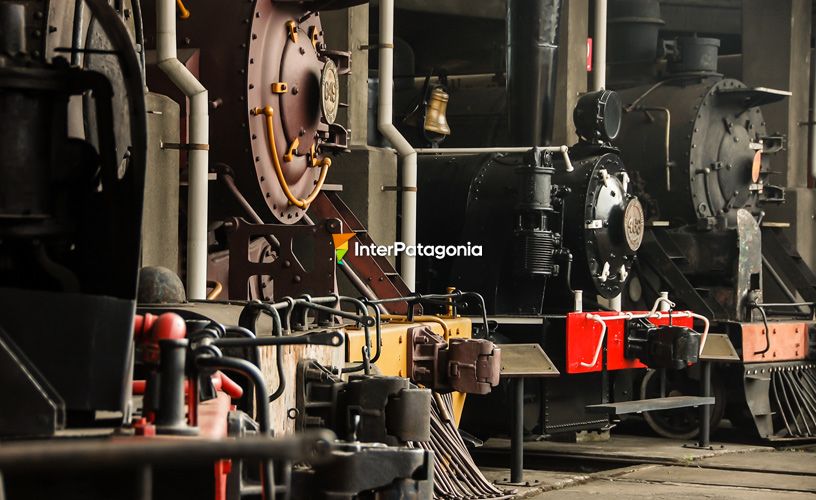 At Full Steam
The new Pablo Neruda National Railway Museum rescues an ancient train station and a steam locomotive yard in order to turn them into a significant art and culture space.