The Beginnings in Bryn Gwyn

In the cliffs of Gaiman, Bryn Gwyn, which means “white hill” in Welsh, proposes an interesting tour across prehistorical Patagonia. 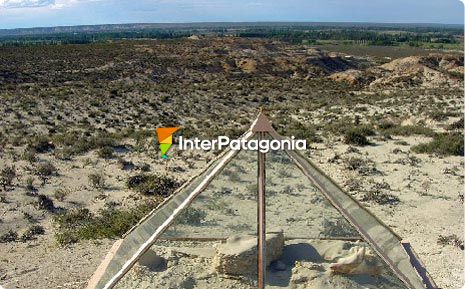 In the cliffs of Gaiman, Bryn Gwyn, which means “white hill” in Welsh, proposes an interesting tour across prehistorical Patagonia.

We had gone to Gaiman to drink some mate with Marcela under the shady trees in the Los Mimbres inn.


In the morning, we visited the Egidio Feruglio paleontological museum and, as it was a shiny afternoon, we resolved to visit the Bryn Gwyn Geopark before returning to Trelew.
Specially planned and designed as a paleontological outdoor exhibition, Bryn Gwyn is the fruit of 14 years of excavations and is the first in its kind in South America.


We retraced our steps along the road to the farms and took the detour to the park, passing by a sculpture dedicated to agricultors. We got to the Campo Inferior station, located on the cliff slope. We were welcomed by Mauricio, who provided us with information about the self-guided tour. 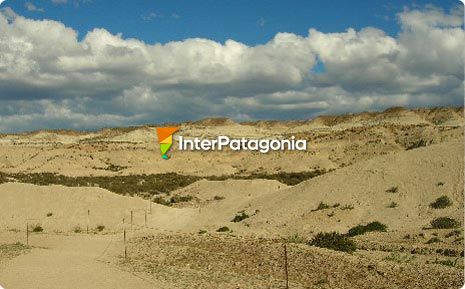 This area of the lower valley of the Chubut River discovers several formations that date back to millions of years ago. Forty percent of these 250 hectares are still undergoing research.


Equipped with brochures and a photo camera, we began the tour leaving from behind the station and advancing chronologically since prehistorical times until a near past.
As we ascended, we found the various geological layers with different representative specimens which act as narrative reference.


The first formation, called Sarmiento, was originated 40 million years ago, when the sea had advanced and covered the tree scenery in Patagonia when it would resemble an African savannah. At this level, amid volcanic sediments, a great variety of land mammals was found. These specimens dwelled this region, which used to be much warmer in those days. On this arid hills, we discovered the remains of extinct animals and wasp species such as the chubutolithes gaimanensis, the most ancient item in this excavation. 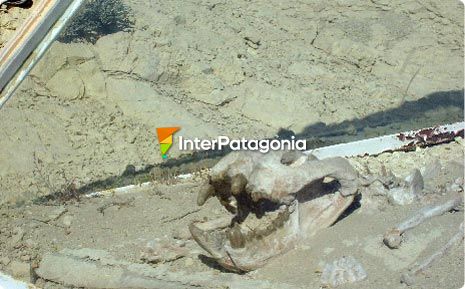 The following level corresponds to the 23-million-year-old Gaiman formation, where we could see fossils of sharks, penguins, carnivorous dolphins and whales. Afterwards, in the Puerto Madryn formation, which dates back from 10 to 12 million years ago, we watched the sea dry bed, with some seals and other fossilized sea mammals.


Lastly, on the top of the bluff, geological formations called tehuelches originated by volcanic activity refer to the last 100,000 years. They were transported to this region by the action of glaciers and rivers.


After visiting the Geopark, we traveled along the road explored by the Ameghino brothers, Simpson and Feruglio in the early XX Century.

Timetables: everyday, from March to September, between 11am and 5pm; from October to February, between 10am and 6pm.

How to get here: on the bluff of the lower valley of the Chubut River, 8km from the center of Gaiman.