Without any need to move from our seats and feeling we are floating in the air, this unusual point of view lets us get immersed in the landscape.

Taking into consideration that the Ushuaia is beautiful from any perspective, we can be sure that seeing it from above will take our breath away. A flight on board a helicopter reaches every corner of the bay, the lakes and the surrounding hills.

The meeting point for our outing was the office of Heliushuaia in the center. Logically, our expectations responded to those of a person who had never boarded such an aircraft. In a few minutes, we were taken to the old airport of Ushuaia on a truck. Once everything was ready and each of us got on the helicopter, the action began.

The roaring engine let us know we were taking off. We ascended quickly almost vertically and flew over the bay. It was a wonderful show. We continued gaining height and entered the Olivia River Valley, where Mounts Olivia and Cinco Hermanos boasted their summits. The pilot told us the hues usually change according to the season.

We traveled over the breathtaking Carbajal Valley and its peat bogs heading for Lake Esmeralda and discovered the incredible color of this water body on the second mountain range. It pays tribute to its name and is like no other lake. This is a highly coveted space for hiking and camping enthusiasts. The aircraft lowered its nose and we could appreciate the lakeshores from a closer distance. Then it turned and went up again. We were ready for our next destination.

With the help of our guide, we could make out the ski resort close to National Route 3, where winter sports are practiced every year. As a result of its technical features and service infrastructure, Mount Castor stood out for having been the seat of Interski 2015.

The itinerary continued inland on Tierra del Fuego. Lago Escondido (Hidden Lake) was the first sight and Lakes Santa Laura, San Ricardo and Margarita followed. The endless Fagnano, one of the largest lakes in South America, hosts a steady population on its eastern end: Tolhuin. We flew over all these points appreciating different hues and coastlines. We were dazzled by the altitude and the ample view.

The crew identified everything that came into sight and told us about it. We had a feeling of plenitude. And a surprise was waiting for us: landing on a street at Puerto Almanza, a small hamlet whose settlers pick up mollusks and crustaceans by hand.

We tasted some sea delicacies at a restaurant called La Mesita. Mussels, cholgas, clams, spider crab and trout were served while we were delighted by the view of the Beagle Channel. All dishes are prepared on demand. It was a memorable meal.

But there was still something else. Once we took off, we bordered the shore and spotted several estancias and the Lighthouse at the Worlds End. Shortly afterwards, we landed on the top of Mount Le Cloche. The strong wind prevented us from talking but what lay around us was hard to put into words. Watching the Andes Mountain Range, the City of Ushuaia and the Beagle Channel was a postcard second to none.

Back at the airport, as we unfastened our seatbelt, we felt comforted to have chosen such a wonderful outing with Heliushuaia.
Read complete Outing... Mónica Pons / Gentileza Heliushuaia

Timetables: Estimated duration of the outing: half a dayApproximate flight duration: 1 hour

Recommendations: The operators have other proposals and the Robinson 44 helicopters are always ready to take off and they meet all the requirements demanded by aeronautics regulations.The services are subject to weather conditions. Circuits may be modified or even canceled if the situation is not safe enough. The outings are reprogrammed; otherwise, fees are reimbursed. 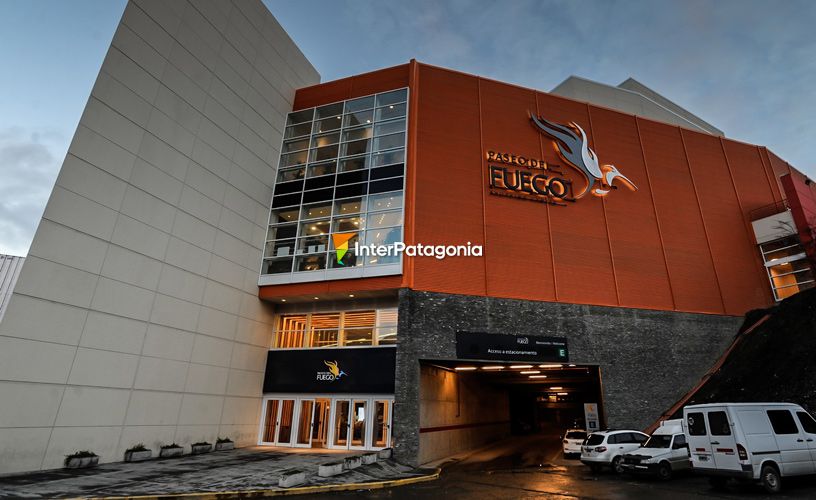 Paseo del Fuego Shopping Mall
Three stories give customers the chance to wander in search of an outfit or just to leave the southern cold temperatures behind and have a nice cup of coffee or else see a movie.