The Valley of Wolves in the winter

There is no doubt this is one of the most beautiful sites in the City of Ushuaia. Here, a man known as “el Gato” (the cat) is in charge of breeding hundreds of dogs and of teaching them how to pull sleds through the snow. A mandatory ride.

Those who have read Jack London and have understood the real message of one of his best books, namely The Call of the Wild, know that talking about Ushuaia, the southernmost city in the world, involves beyond all doubts coming close to this kind of accounts in which man and nature prevail, and especially the wit of the former to rule over the latter.


A Cat Surrounded by Dogs

The Valley of the Wolves, half an hour away from the City of Ushuaia, amazes all those who reach this destination either by recommendation or out of pure curiosity. The point is that an indescribable amount of Siberian Huskies and Alaskan Malamutes specially bred to pull sleds, become the protagonists of all looks. Only one man can be their master and be respected by them. His name sounds weird being surrounded by so many dogs: Gato (Cat) Curuchet.

Gato Curuchet was born in Tandil and he had dreamed about seeing the ice of Alaska ever since he was a little child. He set out on a journey that would change his life forever. He was heading for Alaska, the indomitable lands of Jack London and his dogs. But fate played a great trick on him: he lost his ship and stayed in Ushuaia for good, where he found an environment similar to that he had always dreamed of but on Argentinian soil.

And everyone feels like getting on a sled pulled by dogs and touring around incredible sites very coveted by visitors to the City of Ushuaia.

Gato has various tours to make the dream come true. In addition to the dog-sled rides, snowshoeing and hiking tours around the forest can lead them to the beaver lodges (famous all over Ushuaia) and to ancient constructionss raised by the first dwellers in the area: the primitive yamanes.

Tour Kind: Visit to the Valley of Wolves in the winter

Gato Curuchet is beyond any doubt one of the most emblematic characters in the City Ushuaia. I met him about 10 years ago. We arrived in Ushuaia with the old and famous outdoors magazine called Aire y sol and we were amazed to see him surrounded by so many dogs. A simple man who found his place in the world and especially his mission on it, which he wants to share and teach to all those who visit this region. A great man, indeed.

Activities and Tours in Ushuaia

Hotels and accommodations in Ushuaia

Activities in Ushuaia by Latitur 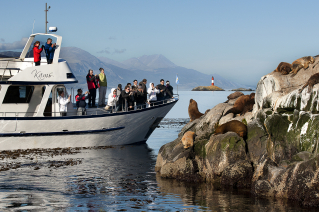 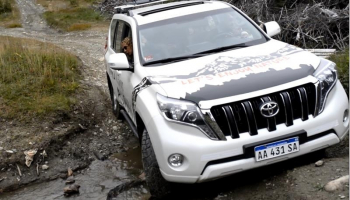 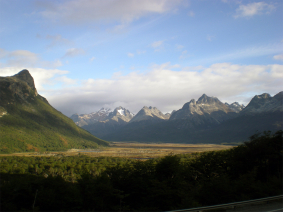 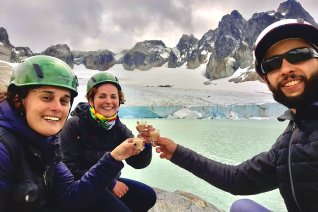 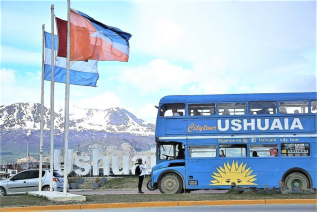