With the frame of the Martial Mountains and the Beagle Channel, on the municipal track, or beyond, on Cerro Castor, at the base of the ski center, two skating rinks under the sky of Ushuaia await visitors.

On Cerro Castor
In Cerro Castor, the ski center of Tierra del Fuego, you can also skate. And it is a surprise, designed for the whole family in a place that calls other activities such as skiing or snowboarding.

The new infrastructure with cooling system was inaugurated at the base of the ski center in 2018 and adds to the proposals of Cerro Castor to have fun with a different option. The track has the peculiarity of being outdoors on natural ice surrounded by the majestic beauty of the hill. With the ski pass, the activity is free. This ski center so austral has everything to be an exciting ride in the last languages ​​of continental land.

As a fairly young endeavor, Cerro Castor has innovative proposals every year and has already established a service precedent highly valued by its visitors who choose it again. In addition, due to its privileged nature it has excellent snow, which means that the winter seasons are longer than in other latitudes of Patagonia.

Municipal skating rink Carlos Tachuela Oyarzún
Those who walk through the streets of Ushuaia enjoy the magnificent views of the Beagle Channel and the bays, but also find places to practice some winter sport. The Fuegian community is faithful to different sports and activities related to their environment. This is the case of another ice skating rink reopened in 2017, after having made important renovations in its facilities and redesigning its image.

Next to the municipal sports center, the artificial ice rink is the stage for skating with friends or family without leaving the city center. You can rent ice skates or bring your own. All its new conditioning seeks to create a high quality track to receive sporting events such as the World Cup of ice hockey.

This Argentine tournament has roots in Ushuaia, an event that was born timidly in 2003 in a frozen lagoon of these southern lands. The Andean Club Ushuaia and the Civil Association Metropolitan Ice Hockey School were the entities that gave shape and in each edition overcome new challenges, to pride the sport and this beautiful destination at the end of the world. 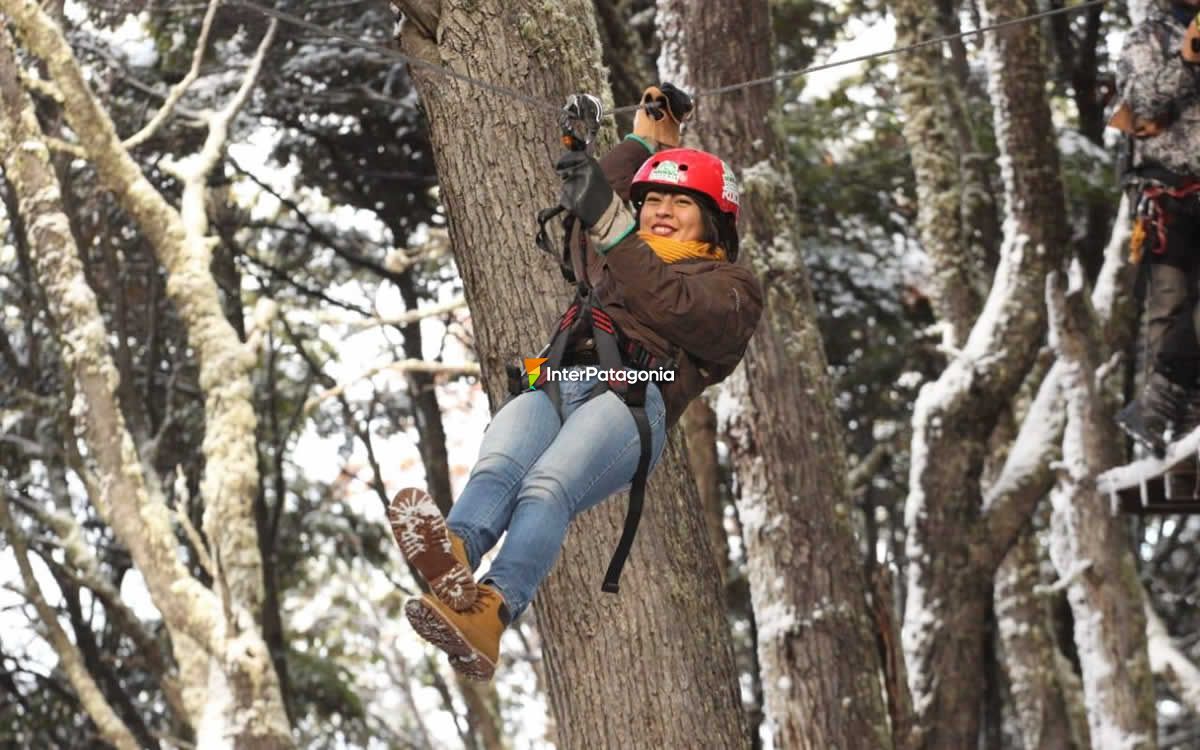 Canopy in Ushuaia
One more way to discover Ushuaia and its entire surroundings of forests and glacial mountains preserving nature is canopy. An ecological experience like no other.