Each of the objects on display has its own interpretation, a symbolism, and they all refer to an ancient race that featured a higher cultural development than other native communities.

One decade old, the Mapuche Museum in Pucón has managed to join elements and stories that invite viewers to get deep into the passionate life of those who dwelled in southern Chile in the past.

This is a private undertaking based on a collection of approximately 1,500 pieces the Ulloa-Metzger family gathered throughout almost a hundred years. Basically, lythic art and silverware whose roots were studied and analyzed by experts are shared today with all visitors.

Inside the rooms, the glass cabinets were classified according to what kind of handicraft was on display and from what period they were. We were guided by Gonzalo Ulloa, who is usually in charge of this task together with his son Rodrigo. His deep knowledge of the tribes settled in the region known as Araucanía and his moves in search of food and exchange means derives in anecdotes no one should miss.

Once the material was gathered, the Ulloa family observed that it was essential to rescue that richness as a way to take care of such heritage, which belongs to all and offers identity to the peoples. Thus, they put together the rooms to spread this information.

The Pre-Columbian stone collection is one of the most complete in the country. There are about a hundred of them in ritual masks, to begin with. Besides, there are social pipes and other devices for the use of hallucinogen substances that made it possible for the natives to talk with the gods. There are also natural colorful beads used as ornaments and others engraved with moons and suns. Likewise, daily tools are on display.

As far as silverware is concerned, its use is much more recent and it was the result of the smelting of silver coins received from native groups as payment for cattle heads. Breastplates, ceremonial masks and many necklaces and ear-rings women wore to look more beautiful were made from this metal.

Each element in the collection represents a trace the Mapuches have left for us to understand their beliefs, religious convictions and shamanic art. In the same way, the visit to the museum left an undeletable imprint on us, as Gonzalo managed to transmit his respect for the civilization that came before him through very pleasant explanations.

Timetables: Check by phone, as they change throughout the year. 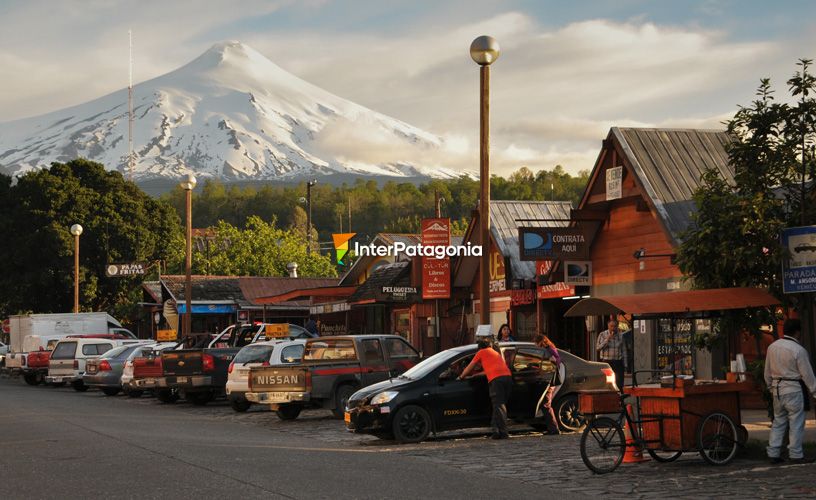 Walking around Downtown Pucón
In the very center, coquettish gastronomic spaces provide good service and delicious options to eat or drink at any time. Charming indeed.