A Long Way to Bahía Laura

Bahía Laura Natural Reserve is an ideal tour for adventurous spirits who do not fear the Patagonian gravel roads and wish to observe sea wildlife from a close distance. 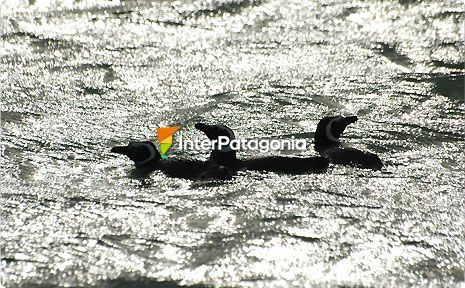 In addition to the wide array of mammal and sea bird species, there is the chance to camp and fish in a wild area or just stroll around the beaches and swim in the sea.

In spite of the distance that separates a href="/puertodeseado/index_i.html">Puerto Deseado from Bahía Laura, there are a thousand reasons to get away and say: 'I've been there'. The route is desert, only watched by a group of estancias and some guanaco or rhea that might cross the road during the journey.

We started our tour at the city and when we finally accessed the coast area, we observed a huge change and had to take a few minutes in order to find our way, as there are several attractions around.

We approached the bay to make contact with the waves in the sea and it was there where we noticed that the beach changes from sandy areas to rocky spots with countless steps and that the temperature of the water is quite low. Large rocks emerge at both ends of the bay. We resolved to see them and walked carefully on the loose pebbles. 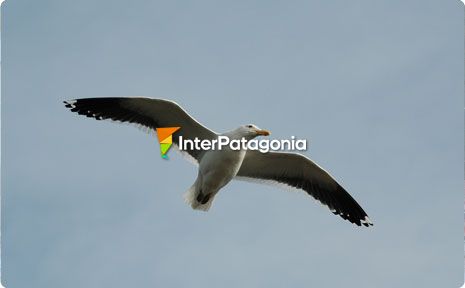 We managed to spot the reserve on a map by noticing that it ends at Cabo Guardián (Cape Guardian) to the north and Campana de Punta Mercedes Lighthouse to the south. The various seasons determine the arrival of multiple bird species. Some of them make up colonies, such as rock shags, and others get to this point just to feed and then migrate.

Towards the north, right in front of Cabo Guardián, we spotted some islets dwelled by Magellanic penguins, which nestle and remain in the area for several months. They usually visit Raza Chica and Baggio Islands in September to get their caves/nests ready and mate. Later on, they sit on their eggs and finally welcome their offspring and teach them to swim. Migration to the north takes place in April. 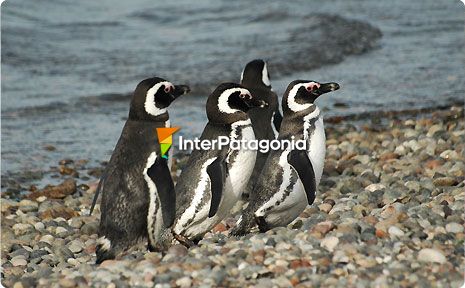 To the south, we visited Punta Mercedes and saw the lighthouse. It is automatic and uninhabited. Steamer and crested ducks, white-rumped sandpipers and kelp gulls are some of the typical visitors to this zone.

Until the middle twentieth century, a small hamlet existed in the lighthouse area, as that was the point where the wool produced by neighboring estancias was shipped.

When it comes to accommodation, estancia El Amanecer lies close to the shore and offers areas for camping or rooms for those who choose not to spend the night under the stars. Local guides escort visitors to the penguin colonies and on strolls along the beach and surrounding hills. We also observed traces of improvised campsites a few meters away from the sea. The shell of estancia Bahía Laura lies right in front of the bay.

Photographic safaris are common in these confines, as the vastness of the sea and the wide range of sea species urge for this activity. On the way back, the photos in our digital camera made us become aware of what we had just experienced.

How to get here: At Puerto Deseado, take provincial gravel roads 47 and 85. The total distance to be covered is 150 kilometers.

Carry fuel, supplies and water, as there are no convenience stores in the area.