The Rails of Memory

We visited the Train Museum. Inside the old railway station, we learned about the history of the Puerto Deseado – Nahuel Huapi branch line. 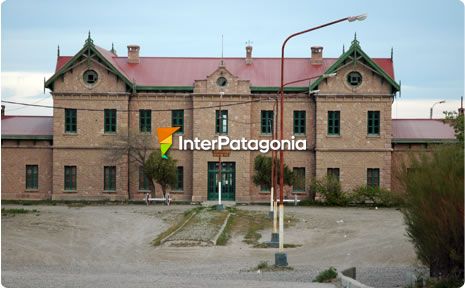 We visited the Train Museum. Inside the old railway station, we learned about the history of the Puerto Deseado – Nahuel Huapi branch line.

While in Puerto Deseado, we headed for the former railway station. Once there, we found the 20 de Septiembre Railway Association, which manages the city's Railway Museum.

This association is made up by former railway workers who have devoted their passion to rescuing most of the material used in the time when the train was still running. These elements, along with the yearned memories and moments shared by the workers, seem to become alive upon the arrival of visitors who wish to find out what happened with the train in these latitudes.

We were welcomed by Ricardo Vázquez, one of the people in charge of showing the museum. He enthusiastically told us the history and some ups and downs undergone by this southern branch line. 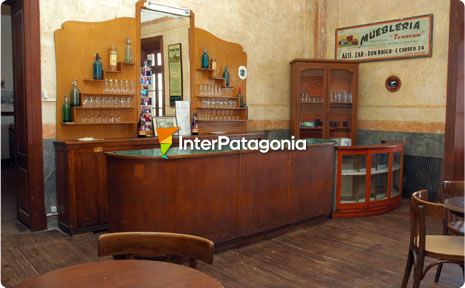 The railway association has been named 20 de Septiembre (September 20) because that was the date on which the #163 locomotive traveled around the first 1,000 meters of what was to become the Pto. Deseado – Nahuel Huapi branch line. This happened in 1909.

Escorted by Ricardo, we went through the rooms that make up the present museum, where we could observe large panels displaying information about the various stages during which the railway was built. We also appreciated some photographs, scale models, ancient telephones and various period elements. As we moved along the corridors in the museum, we managed to understand part of the history of railway in our country. 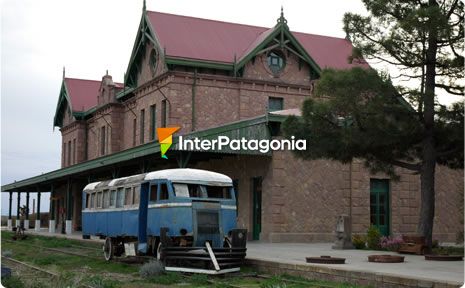 The National Territory Promotion Regulation, encouraged by Ramos Mejía, set forth that a railway branch line should be built in order to join Puerto Deseado and Nahuel Huapi, in Bariloche. Thus, the railway station was built with local stone and the manpower of Yugoslavian and Croatian quarry workers.

In 1909, the train began to run, but the original project was cut short 283 kilometers away from the District of Colonia Las Heras. The reasons were clear: on the one hand, building materials ceased to be imported during First World War and, on the other hand, Ramos Mejía was moved to a different ministry and the project was relegated.
This 283-kilometer-long stretch includes 14 railway stations, today deteriorated due to the passing of time. It is important to point out that they lie every 20 km, as the locomotives used in those days were steam powered and had to get water supply. 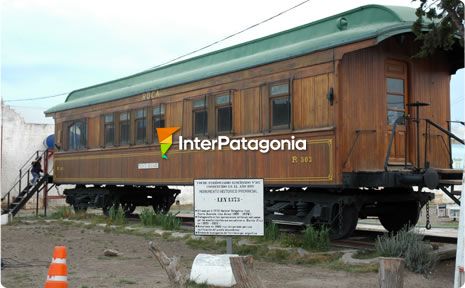 The railway fostered the development of Puerto Deseado while it was operating. Unfortunately, in 1978, under Videla's administration -during the military dictatorship-, the branch line was closed due to financial reasons. The cars and the locomotives were sold to wrecking yards and only the car known as Reservado 502 could be rescued thanks to the braveness of a group of local neighbors who prevented its withdrawal.

At present, this car is in perfect preservation conditions in the city square. This car was used by Colonel Varela during strikes and demonstrations organized by rural workers who rebelled against their employers as they claimed for better life conditions and fair wages in what later came to be known as "Rebellious Patagonia". 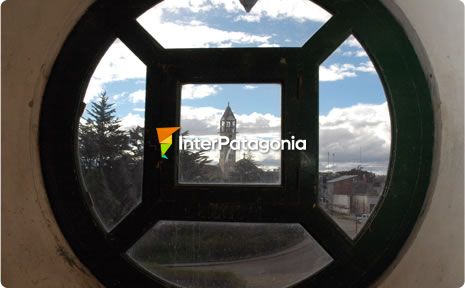 Walking about the silent rooms of the railway station, peeping out through its windows and listening melancholically to the stories told by our host made us travel back in time just for one instant to the moment in which the railway was a synonym for progress, labor and national prestige.

We recommend visiting these ancient facilities. These walls tell a large part of the history of this particular southern guild.

Timetables: from 2pm to 7pm.

How to get here: The museum is located in the former railway station in the city.