Navigating the Deseado Ria is the best way to appreciate the biodiversity of the sea fauna inhabiting these broken coastline. A classic and amusing vacation experience. 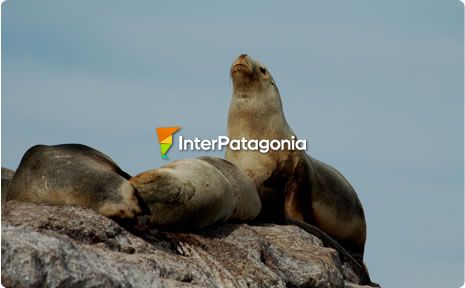 Bird and mammal colonies and navigating the ria on RIB boats or kayaks: adventure guaranteed.

The ria on which the City of Puerto Deseado rests invites visitors on an exploit full of surprises. It may be sailed from start to end. The first attraction are the sea animals, whose presence responds to a geological fault that enabled a dry river to be invaded by saltwater.

Willing to enjoy this adventure, we hired an excursion at the port in order to explore some of its 42 kilometers of length. The voyage started on the fascinating turquoise waters of the undulated ria. Huge rock walls reaching almost 30 meters of height raised to our sides.

Before getting to Chaffers Island, we were amazed at the sight of Commerson's dolphins dancing around the watercraft. These cetaceans resemble regular dolphins but they are black and white and like to jump and pirouette around boldly. 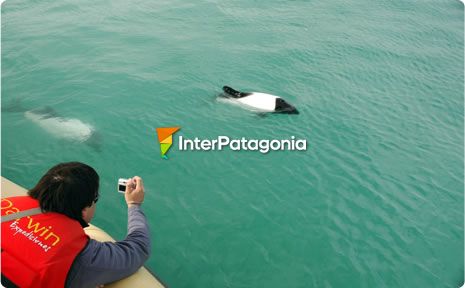 The scene gradually changed and as the boat approached the cliffs, we could observe drawings and textures on the rocks. Each natural space was dwelled by a different species.

We headed for the cliffs where the red-legged cormorants and the rock shags live. In silence and keeping the engine off for a few minutes, we could hear the chirps they use to communicate while on their nests.

After sorting countless islets, we got to isla Larga (Long Island), where we caught glimpse of a South American sea lion colony. Farther ahead, we landed on Isla de los Pájaros (Birds Island), the habitat of the Magellanic penguin and the neotropic cormorant for several months a year. At this location, we shared a snack with the entire group.

Once on solid ground, we talked to some teenagers who were kayaking along the ria. This is another adventure offered by this site. The lightness of these watercrafts enable paddlers to explore ravines and channels featured by the ria and provide a closer approach to nests, on condition that this is done without disturbing the birds.

'The Deseado Ria has been declared Intangible Natural Reserve and it gathers the greatest biodiversity of sea species on the Patagonian coastline', the guide told us. 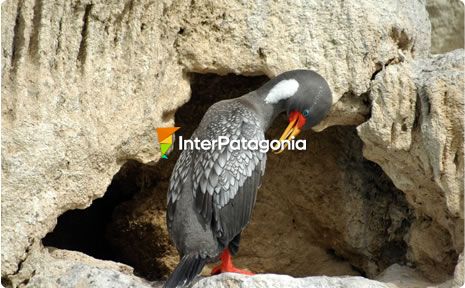 We went back to the boats and continued sailing towards Cañadón Torcido (Twisted Ravine) and Quiroga Island. It was at this moment when the birdwatching experts took hold of their binoculars and left us speechless as they called each bird by its name. Penguins, cormorants and steamer ducks co-exist with kelp gulls, black-crowned night herons, crested ducks, terns and oyster-catchers. What a wide array of species!

The most amazing discovery during this relatively short tour was that a wide range of birds with very similar life cycles have learned to co-exist in common spaces. 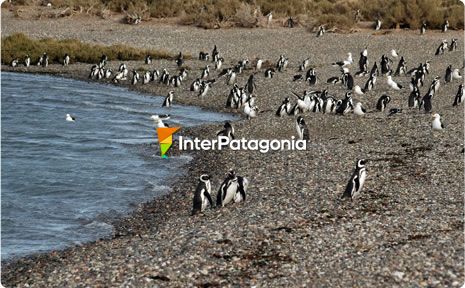 As we were ready to set sail back to port, a huge great grebe opened up its wings as if biding us farewell and boasted its wonderful plumage of iridescent hues and its pointed beak.

This ceremony added to the peace of the water body and the new colors that invaded the horizon as the sun set were the crown to an unforgettable day. 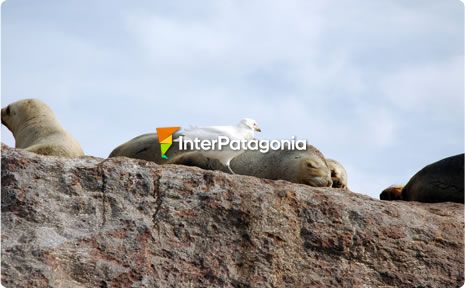 Duration: half a day or all day, to be arranged with the tourist operator.

Timetables: the time of departure is to be arranged with the tourist operator.

This space gathers a wide range of fauna biodiversity on the Patagonian coastline with 80 percent of sea birds.
Season: from late September to April.
Kayak requirements: sea experience class II and III.