The 2,200-square-meter building is located in the center of the city. The inauguration exhibition is made up by works of European art, from the Rennaissance up to the XIX century, as well as by Argentinian art collections from the XIX century until the present. This is the first time in more than one century of the museum history that such a significant part of its heritage has been transferred to another museum outside the City of Buenos Aires.

The quality of its works, as well as the universal importance of its authors, reassures the significance that this museum has acquired from the very moment it opened its doors and confirms the City of Neuquén as an unavoidable cultural reference in the national and international fields.

Nowadays, works from authors such as Mantengo, Durero, Zurbarán, Soraya, Zuluaga, Rodin, Toulouse Lautrec, Torres García, Figari, Portinari, Pueyrredón, Cándido López, Spilimbergo and Quinquela Martín are exhibited, to mention a few. There are also traveling exhibitions, which are shown in one of the wings of the building.

An exhibition of the work of the Spanish artist Pablo Picasso, author of remarkable paintings such as Guernica, is scheduled for February, March and April.

It is to be highlighted that, before being relocated in its new facilities, this museum would be called Dr. Gregorio Álvarez Provincial Museum and works by Julio Le Parc, Francisco de Goya's 160 engravings, Caprichos (Whims) and Estragos y desastres de la guerra (War Damage and Disasters), the Diálogo con Neuquén (A Dialog with Neuquén) exhibition, made up by the works of the most important plastic artists in the country, the Imágenes y cultura del XX: la fotografía (Images and Culture from the XX Century: Photography) exhibition, with works by the famous photographer Annemarie Heinrich were exhibited there. 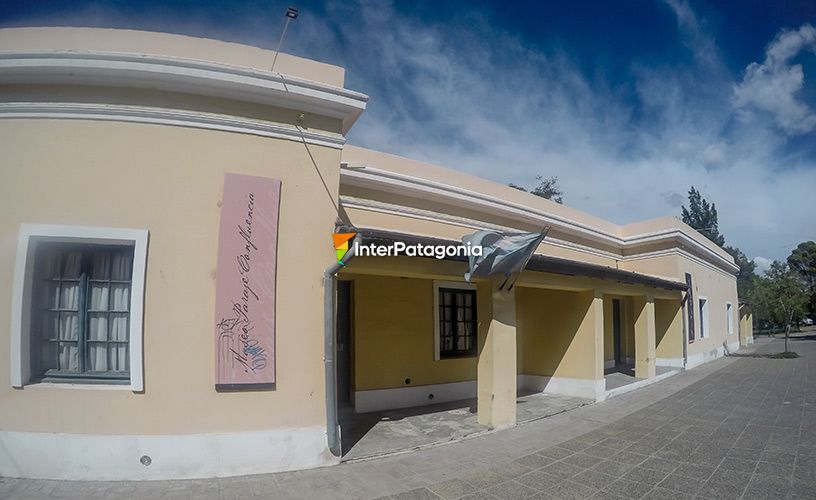 A City Icon
The Paraje Confluencia historical and cultural center concentrates a great deal of the artistic activities organized in the city. It is worth a visit.